Smallgod Is Connecting The Dots Through Music And Fashion 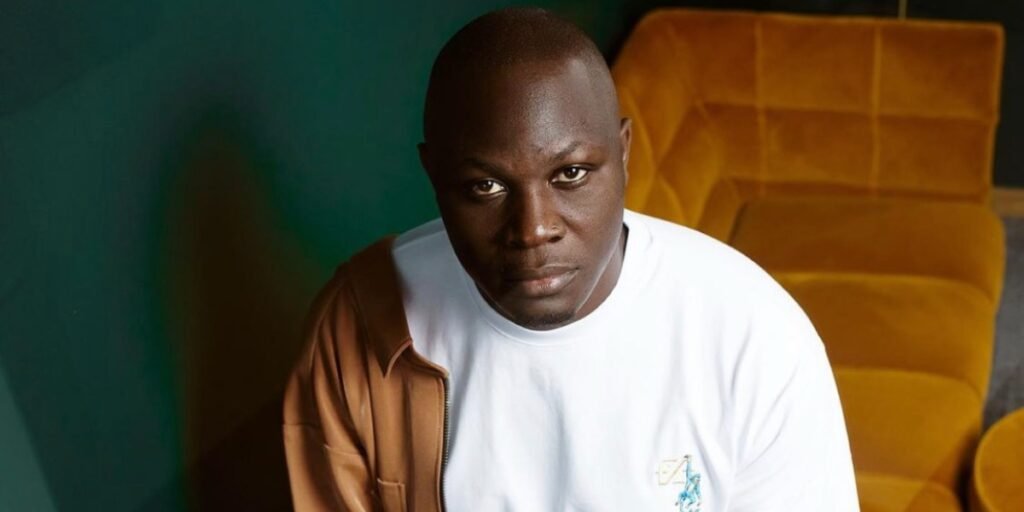 Smallgod Is Connecting The Dots Through Music And Fashion

At his recent album listening party, held on Friday 7th May 2022 at East End Bistro, a spot tucked within the prime vicinity of Cantonments, Smallgod and some of the artists featured on “Connecting The Dots“, his sophomore album, pulled a sizeable number of the crowd; mostly industry people, friends, and associates.

Aside the generic questions often asked at such events and the performative exchanges among industry people amidst a cloud of puff smoke and shots of liquor, it was the outlook of the host that caught my attention for the almost two-and-half hours that I was present. I won’t pride myself as a fashion person. I do not know shit about it. However, Smallgod’s look – a blend of vintage aesthetics from the late 80s and early 90s hip hop magazines with modern touch made him a standout. He was easy to pick out of the crowd despite spotting all-black clothing.

Names do have an effect on people- both positively or otherwise. It’s for this reason why some cultures avoid giving their kindred’s certain names, especially those that are believed to carry “bad luck”, as sociologists and anthropologists have come to establish among some cultures. Though new knowledge has to an extent discounted some of these “traditions”, some have remained indestructible.

This guy has been living up to his childhood moniker “Akwada Nyame”, given to him by his grandmother. The name literally translates as “smaller god”. Raised in a music-oriented household and later, being around music and musicians across the world, Smallgod has and continues to carve out a niche for himself, moving from the periphery as an artist manager and intermediary to becoming a fully-fledged artist. His global outreach and outlook, which includes globetrotting across Ghana, Jamaica, Amsterdam, and London have made him more like a sponge.

With a goal that transcends his artistic aims, Smallgod has eyes on bridging the gap between two worlds – music and fashion (more on the latter). Smallgod’s foray into music- as an active participant over these few years was inspired by DJ Khaled along with a moment of epiphany at the Amsterdam airport. Smallgod observed how DJ Khaled had grown from a DJ in Miami to an A&R, later morphing into a producer-artist. DJ Khaled’s transformation thus inspired Smallgod to roll out his own plan of action. “It got to the point where I have all these connections, but what am I doing with them? One day, I said, “Let me take the step.” I mean, if DJ Khaled could do it, why can’t I?” he told DJbooth.com in a 2019 interview.

In that same interview, Smallgod detailed how he had all these contacts of top tier artists in his phone – cultivated through years of friendship- could be the spark to ignite his musical fireball. “I was stuck in Amsterdam. I couldn’t fly. I had enough time to self-reflect and put the puzzle together. Then I started looking at the numbers in my phone. I had the connections, I had everything in my hand, but it was about making them believe in a dream, in a plan that I have.”

My first introduction to Smallgod’s music was in 2020 following the release of the pulsating drill-sounding single “Sinner” featuring UK’s Headie One and Kwaku DMC with O’Kenneth on hook duties. Arguably one of his foremost singles, the features of the song propelled its popularity on both coasts. That feature, and the many others on his debut album “Building Bridges” attested to his clout, enterprising ability, and to a huge extent, his relationship within the industry. His prime allure is his ability to A&R a project to a step below perfection.  Who the hell would put Wavy The Creator, Samini, and T’Neeya on a track or Kuami Eugene and BXNX FKA Buju on a record that had Kuami Eugene sounding nothing we’ve heard before? (Side Bar: Smallgod’s album title choices communicate his intentions: Building Bridges is him extending his reach while Connecting The Dots sounds like he is stitching the remnants of existing relationships).

Entrepreneurial mindset and collaborative partnerships outside of music but within the overall framework of the art are keen interests of Smallgod. In fact, one could say fashion has been atop his interests. Over the years, he has collaborated with fashion brands such as the Amsterdam-based start-up DAILY PAPER and the Ghanaian streetwear brand FREE THE YOUTH on limited editions of streetwear.

One key quality that seems to separate Smallgod from others within the art/music space- those who get into the business before pivoting into other sectors of the art world- is his earlier roles as a “middleman” within the music space. That role, perhaps, offered him a seat closer to mechanics and opportunities outside of music. That perspective thus helped shaped his mindset about the music business, the profitability in connecting the dots (pun intended) within the various sub-sectors of art while being aware of the power of music in hastening the process with the artist as the primary disperser of culture. You glean these angles whenever you speak to him about the music business.

Anonymity has been an integral aspect of the Smallgod movement. Until recently, he preferred operating from the background thus offering him an almost mystique aura. For years, Smallgod was a name known within the art space but not the person or face, except for the few who knew him personally.

Smallgod believes in collaborations as seen in both his musical exploits and the fashion world.  Sitting at the confluence of these two art forms, he understands the impact that music and fashion have in progressing each form. Through his appeal, influence, and business acumen, he has partnered with DAILY PAPER and FREE THE YOUTH in releasing limited editions of merchandise (as music bundles) for fans and fashion lovers both in Amsterdam and Ghana. These partnerships have helped energized the streetwear culture in Ghana as well as elevating these brand names across the world.

The evolving music scene, the need for collaboration, in addition to leveraging on influences to attain global recognition and establishing the necessary structures within the music and art world has never been as important as today. With the likes of Smallgod playing an active role in helping shape the cultural space while playing a “godfather” role to many demonstrates the importance of pulling others along if you want to make a great cultural impact